Brain Health Warriors is a Nevada non-profit corporation, currently working as a subsidiary of the National non-profit Warrior Suicide Prevention Foundation/22-Warriors.  In order to support our mission of alleviating the symptoms of Post Traumatic Stress Disorder (PTSD), Traumatic Brain Injury (TBI), and many other brain-dysregulation issues, we offer the following services to the public, as well as to veterans and first responders:

Brain-training at the following locations by appointment:

The cost for a Healthy Brain Retreat for Veteran's and First Responders is $4000.00 per month.

Brain Health Warriors Donor Members and Veterans can schedule an appointment at one of our BrainZen training centers.  Donor Members directly contribute to the mission by supporting free/low cost neurofeedback for wounded warriors. 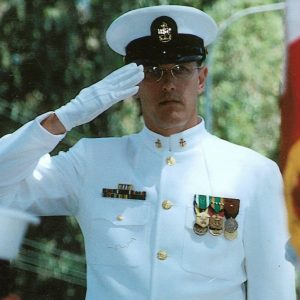 Veteran's, We Salute You.  Thank You For Your Service

As a retired sailor, I am committed to helping Veterans who suffer the hidden wounds of Post-Traumatic Stress Disorder and brain injuries by restoring effective brain function through Neurofeedback Brain-Training.